New artwork: The Body of Work

Over the summer I bought a book about the works of Czech surrealist Jindřich Heisler, which included his startling, enigmatic photobook, From the Strongholds of Sleep, in which poetic texts were arranged in three dimensions with other objects and then photographed. Each page of Strongholds incorporates text as a part of the visual composition, rather than as an accompaniment to it, with astonishing results.

The pictures that follow, all created in the past few weeks, were influenced by Heisler’s example, though they bear little resemblance to the pages of Strongholds. I like the three-dimensionality of Heisler’s texts and wanted to create a similar effect, so photographed pages from two of my books (The Death of the Bird King and The Small Hours) and then created images incorporating them, using Photoshop Touch. I like the way the words curve and arch across the pictures. I included eyes in all of the pictures, perhaps as a reference to the act of reading or looking, but more likely because I’m fascinated by eyes and enjoy their accusatory, threatening or dreamlike presence.

These pictures are all of a kind. I have given them the collective title The Body of Work. 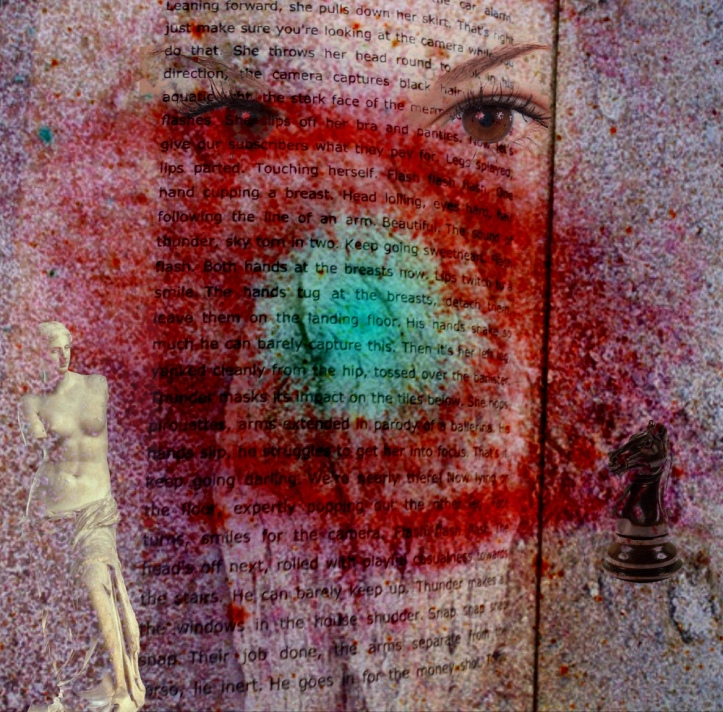 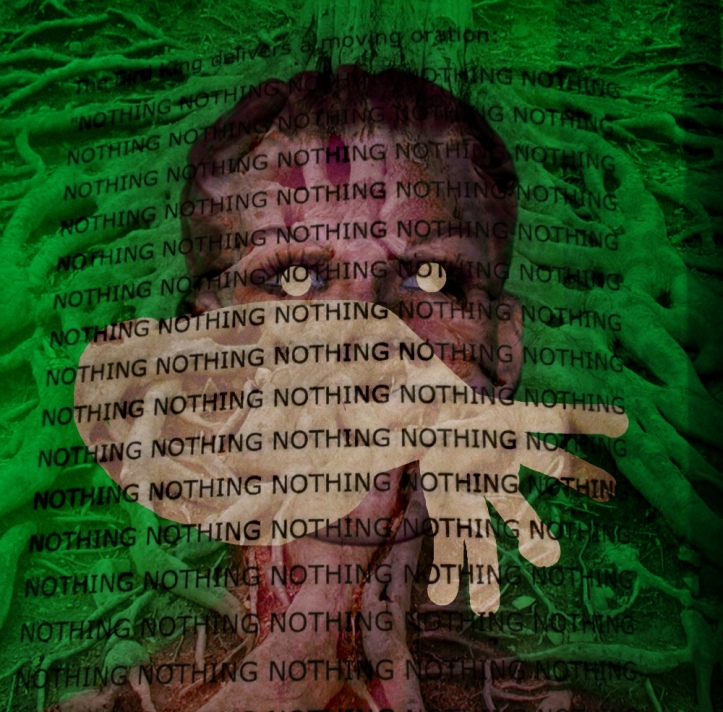 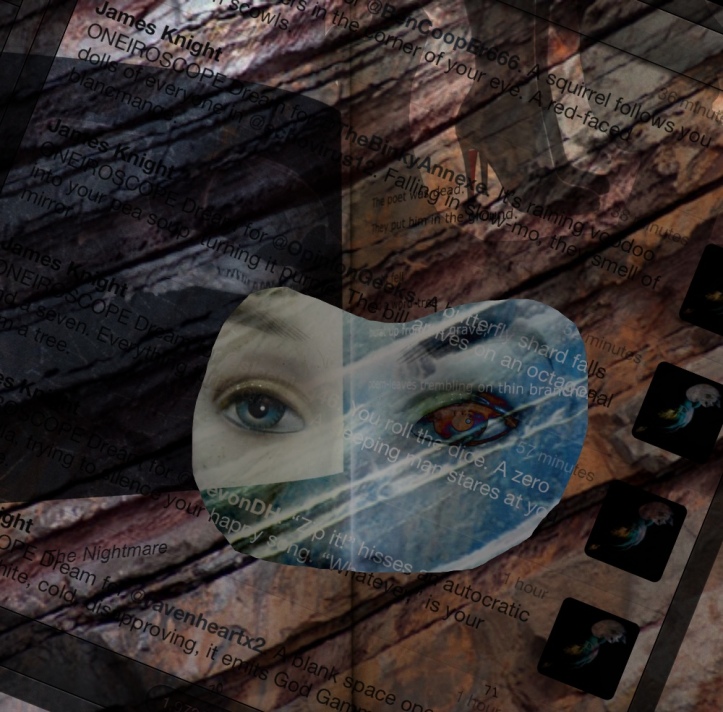